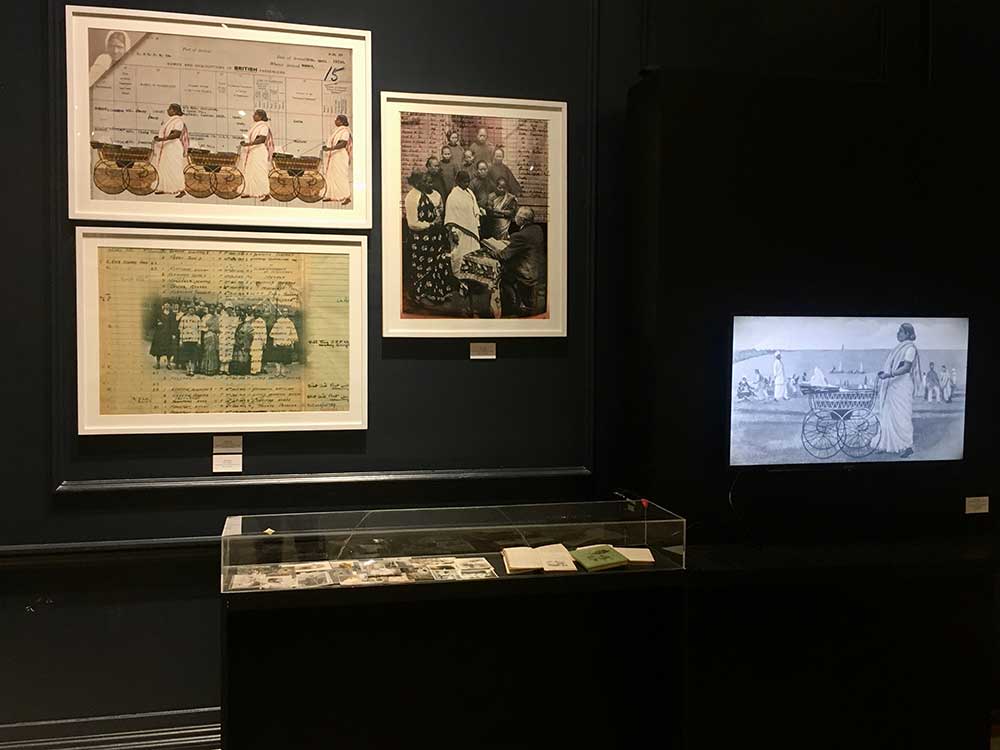 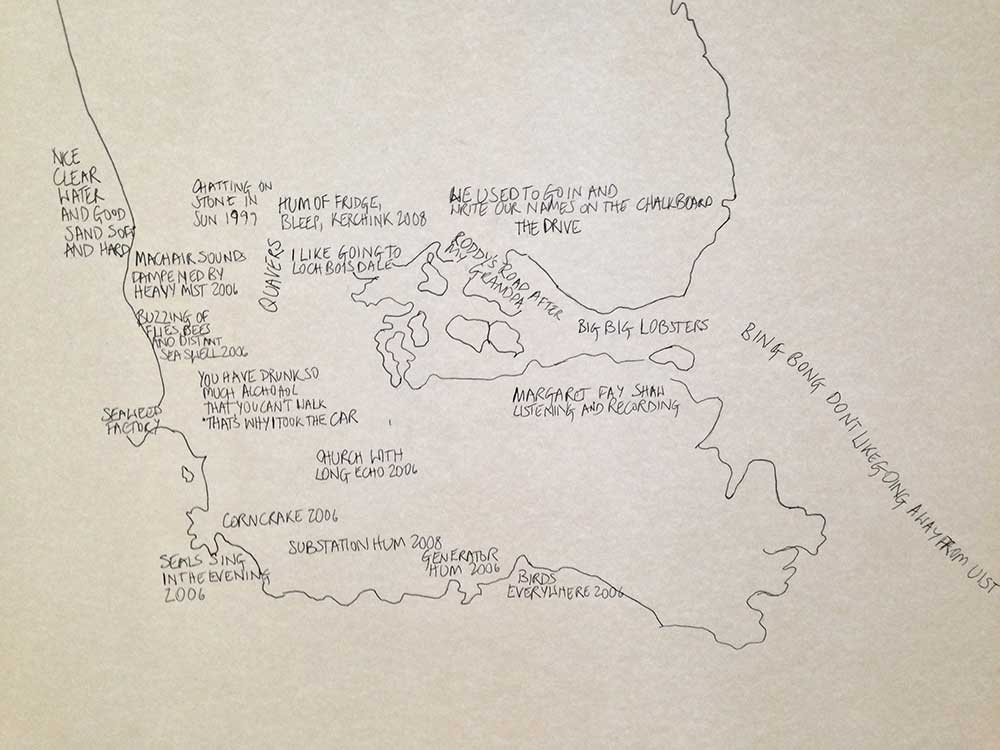 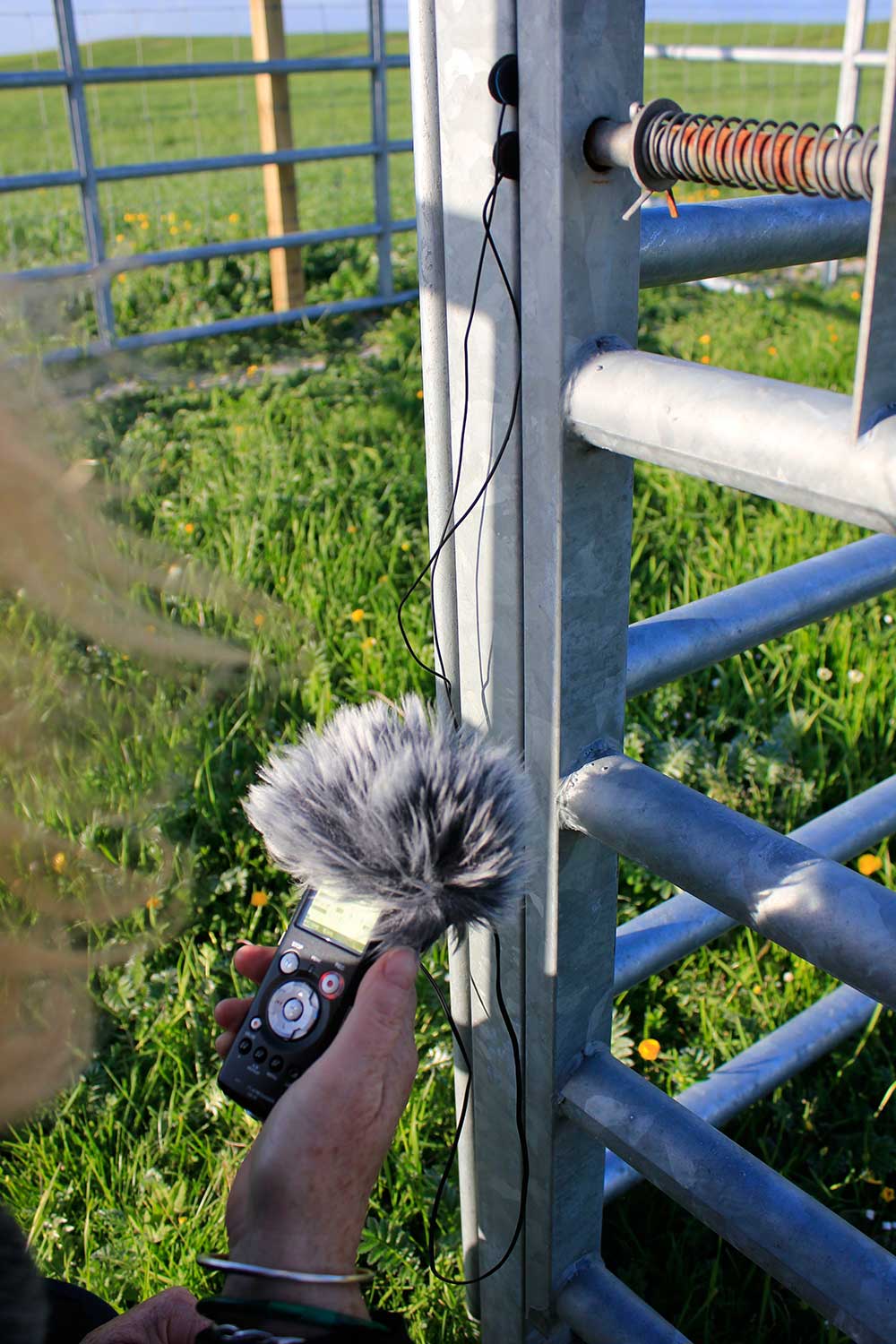 is a artist, composer and academic. She works primarily in sound, combining oral history, archival recordings, spoken word and environmental recordings to investigate histories, environments, our collective and individual memories and the forces that shape them. She is inspired by places or themes which are rooted in every day experience and particularly interested in ‘hidden histories’ and historical amnesia and how this can be investigated from a feminist perspective through the medium of composed sound.

She has exhibited and presented her work all over the world.

Most recently ‘Re-soundings- Prelude: The Ayahs Home’ , a single-channel video installation with composed sound investigates the history of Indian ayahs in London and the mechanisms by which their stories, have been muted was exhibited in Material Texts (2017) at Gallery Sumukha, Bangalore and in The Sundry Effect ( 2020) at Gallery Rangini, Bikaner House, Delhi.

In 2018 Mobile Aural Observation Station (MAOS) 3 was made in collaboration with textile artist Tess Brown and commissioned as part of the Srishti Interim, a 4 week residency working with students from Srishti Institute of Art, Design and Technology, Bangalore. It was shown at Rangoli Arts Centre, Bangalore.

Each of the eight compositions in The Hebrides Suite (2008 – 2016), use a mixture of field recordings, interviews and oral history material from existing archives to explore aspects of life in the Outer Hebrides, past and present through the medium of composed sound. In 2013 some were released on CD and the others were commissioned by Museum & Tasglann nan Eilean, Isle of Benbecula for the 2015 solo exhibition ‘The Hebrides Suite: Mapping the Islands in Sound’. Her CD The Hebrides Suite was released by Gruenrekorder in 2013.

Her 2008 book, Playing with Words: The Spoken Word in Artistic Practice (RGAP, 2008) is an anthology of works from forty contemporary sound artists and composers who use words as their material and inspiration. Books with Angus Carlyle include In the Field (Uniformbooks, 2013), a collection of interviews with eighteen contemporary sound artists who use field recording in their work and On Listening (2013) a collection of commissioned essays about some of the ways in which listening is used in disciplines including anthropology, community activism, bioacoustics, conflict mediation and religious studies, music, ethnomusicology and field recording.  A new publication, Sound Arts Now will be published by Uniformbooks in March 2021.